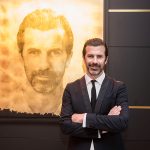 At 33 years of age, Andreas Caminada became Switzerland’s youngest three-star chef and has maintained this high standard at his restaurant at Schloss Schauenstein in Fürstenau since 2010. The top chef from the canton of Graubünden focuses on the original flavour of seasonal alpine products. Unexpected combinations and methods of presentation ultimately unite all elements to form a culinary whole. Since 2016, his foundation “Fundaziun Uccelin” (Romansh for “little bird”) has nurtured individual chef and service talents from home and abroad with the aim of guaranteeing high-quality Swiss cuisine over the long term. 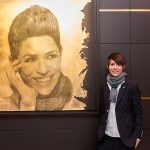 Dominique Crenn combines creativity with tremendous culinary craftsmanship and an inner love of precision. She firmly believes that food can touch people in the same way as a poem, a song or a painting. The menu proposed by French-born Crenn is a poem in itself, with individual dishes hiding behind names such as “Walking deep in the woods”, “The rawness of those soft, swimming creatures” or “As the earth might have something to spare”. In 2012, Crenn became the first female chef in the United States to earn two Michelin stars for her “Atelier Crenn”. In 2016, she was named the “World’s Best Female Chef” in “The World’s 50 Best Restaurants” list. 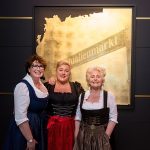 With around 110 sellers of top-quality food items, delicacies and flowers, the Munich Viktualienmarkt is one of the city’s flagships. Eckart Witzigmann: “The Viktualienmarkt has always been a source of inspiration for me – a place where you find time for a lively conversation. Top-quality products form the basis for good food – and this is what you find above all else at the Viktualienmarkt.” Representing the market as a whole were Elke Fett, from the dried-flower stand “Duftschmankerl”, Manuela Wilkerson, from “Teltschik’s sausage stand”, and Marina Bröckelt, from the delicatessen “Marina’s Feinkost”. Fett: “We are delighted that international cuisine at the highest level is so committed to regional and local products. We are proud of our work and our origins.” 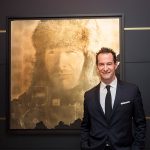 CREATIVE RESPONSIBILITY AND ENJOYMENT Creative Responsibility and Enjoyment (endowed by the BMW Group with 10,000 euros)

Sebastian Copeland is a polar explorer, environmental activist, adventurer and award-winning photographer. He has addressed the United Nations and World Affairs Council and released books and films explicitly warning against the impact of climate change – in the Polar Regions and around the world. In February 2017, Copeland will embark on an expedition, traveling from the Canadian mainland to the North Pole across the ice on skis. This will probably be the last expedition on the ice, since the Arctic icecap has shrunk by more than half over the past 30 years, making future crossings impossible. 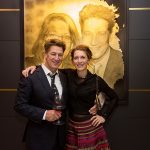 Actor Tobias Moretti and his wife, Julia, lead a secluded life on a 400-year-old mountain farm on 35 hectares in Tyrol. The couple is actively involved in regional value creation, striving for a long-term increase in general quality awareness and to preserve biodiversity through traditional breeds. For example, the Morettis raise Tyrol’s oldest breed of cattle, the “Tux-Zillertaler” for their own marketing-line. “This award is a great honour for us – but, most of all, it is a call for us to continue in the same direction,” said Julia Moretti in her acceptance-speech. Her husband Tobias Moretti firmly believes there is a future for alpine agriculture: “We were frustrated that even though originality and authenticity have become buzzwords for modern society, it has not been possible to live from that kind of agriculture until now. We wanted to come up with an alternative concept and I think we succeeded.”